Task 1 Listen to the story for the gist.

The story is about

Task 3 Listen to the story once again for details.

1. The destination of the flight was

a) London
b) Singapore
c) not mentioned

3. It happened when the crew were

a) a leader van
b) a marshaller
c) a baggage cart

5. The pilot turned onto the stand because he had been confused

a) by the APIS lateral guidance illuminating
b) by the ground technician’s signal
c) by the aircraft type, B747, on the APIS display

6. If the aircraft parking information system is active, on the APIS display, the pilot can see

Task 5 Please explain what happened as if you were a pilot or a ground technician.

Task 7 Divide the following words in two groups and fill in the table: Airport services and Ramp vehicles and equipment.

Task 9 Divide the following words in two groups and fill in the table.

Task 10 Match the nature of the incident with a kind of assistance or ramp vehicle that a pilot will request from ATC.

Task 11 Listen to radio communications between Japanair 7 heavy, American 5881 and Boston Tower controllers and fill in the table.

Task 12 Sum up the main points of the situation using the table above.

Following a flight from Singapore to London Heathrow Airport with 237 passengers and 19 crewmembers the night of July 29, 2009, the commander visually checked to ensure that the aircraft parking information system (also called a visual docking guidance system) at the assigned stand had been activated.

He noted that the lateral guidance was illuminated and interpreted this as the system having been activated.

However, the visual docking guidance system had not been activated; a wiring defect was causing the lateral guidance to illuminate.

The commander initially had not noticed that the alphanumeric display of the aircraft type, “B747”, which indicates that the system is active and is programmed properly for the arriving aircraft, was not illuminated.

The ground technician had arrived on stand five minutes before the 747 and had noticed that a number of baggage containers had been parked improperly.

Because of this, he did not activate the docking guidance system before he went to terminal building to seek help in moving the baggage containers and to summon a marshaller to guide the aircraft.

As he was about to enter the terminal building, the ground technician heard the aircraft taxiing in.

He moved back onto the stand and attempted to signal the pilot to stop, using his hands to form a cross above his head.

His signal was not seen by the crew and with the aircraft not stopping, he ran around the front of the stand and activated the “STOP” button.

As the commander taxied the 747, he became concerned that he did not see the aircraft type on the docking guidance system display or a readout of distance to go. So he stopped the aircraft and this was coincident with the word “STOP” illuminating.

The cowling on the left outboard engine had been dented when it struck the baggage cart before the airplane came to a stop 11 m beyond the correct stopping point. 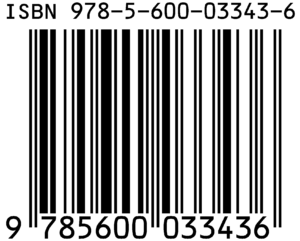